The topic of ADHD in women has fascinated me since I was first diagnosed. I was seeing a psychiatrist about other mental health issues and she put it together. It has changed my life ever since and continues to impact me every day. It opened me to a new world in which I didn’t feel like a punchline, but instead somebody with different brain wiring – that’s totally solvable! This awareness combined with the proper treatment has enabled me to accomplish things that were never before possible.  My Diagnosis Story

ADHD is commonly considered a little boy’s disease because the symptoms look different in girls. Maybe you weren’t the class clown, nor did you talk too much in school. Maybe you fell through the cracks and are part of this fascinating lost generation of women who are coming into their own as awareness of ADHD women continues to rise. Maybe you’ve heard people say ADHD isn’t real or that you’ve been frivolously diagnosed. This blog aims to unpack all of this and more.

Attention-deficit/hyperactivity disorder, also referred to as ADHD or attention deficit disorder, is a chronic condition associated with inattention, hyperactivity and impulsivity. There are reportedly 3 million ADHD cases in the U.S. a year. While there is no cure, medication and/or therapy help are common ways to treat ADHD. The condition commonly begins in childhood and can last into adulthood and is linked to difficulty at school/work, low self-esteem and relationship difficulty.

Do I Have ADHD?

To determine whether you have ADHD, ask your primary physician for a referral to a specialist. An ADHD medical diagnosis is reached through interviewing and assessment by a trained professional. Common signs of ADHD behavioral issues such as aggression, fidgeting or excitability. ADHD patients may also experience absent-mindedness, forgetfulness or difficulty focusing.

While nobody knows for sure, ADHD is commonly believed to be caused by a combination of genetic and environmental factors. In addition to being genetic, ADHD has been linked to drinking/smoking during pregnancy, a low birth weight/birth complications or toxic substance exposure (such as lead). 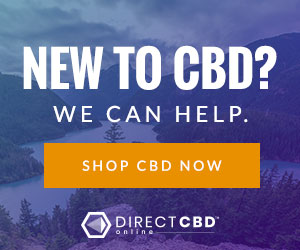